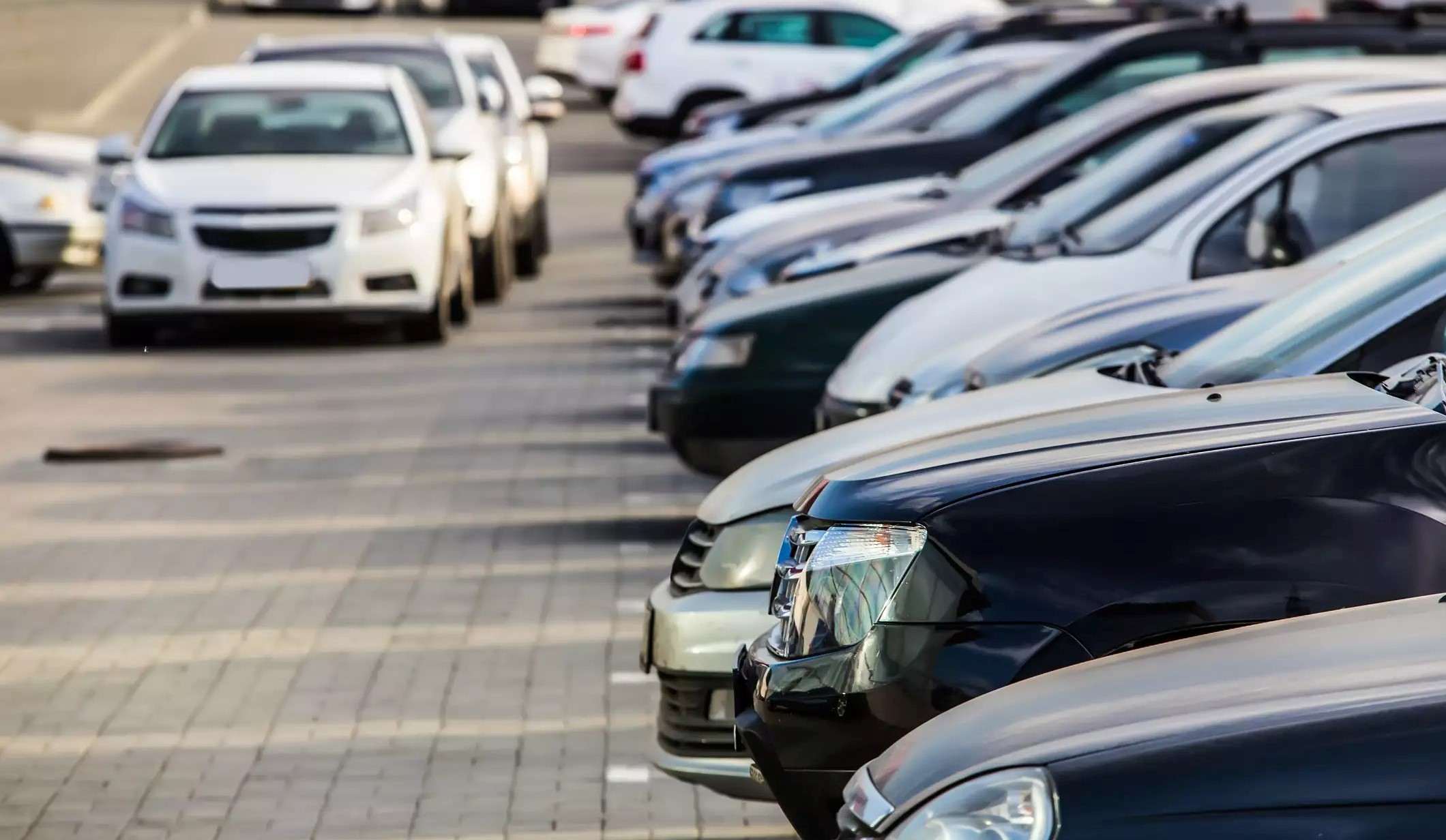 Tempus Logix is Servicing More Auction Houses Across the U.S. Published on December 5, 2022 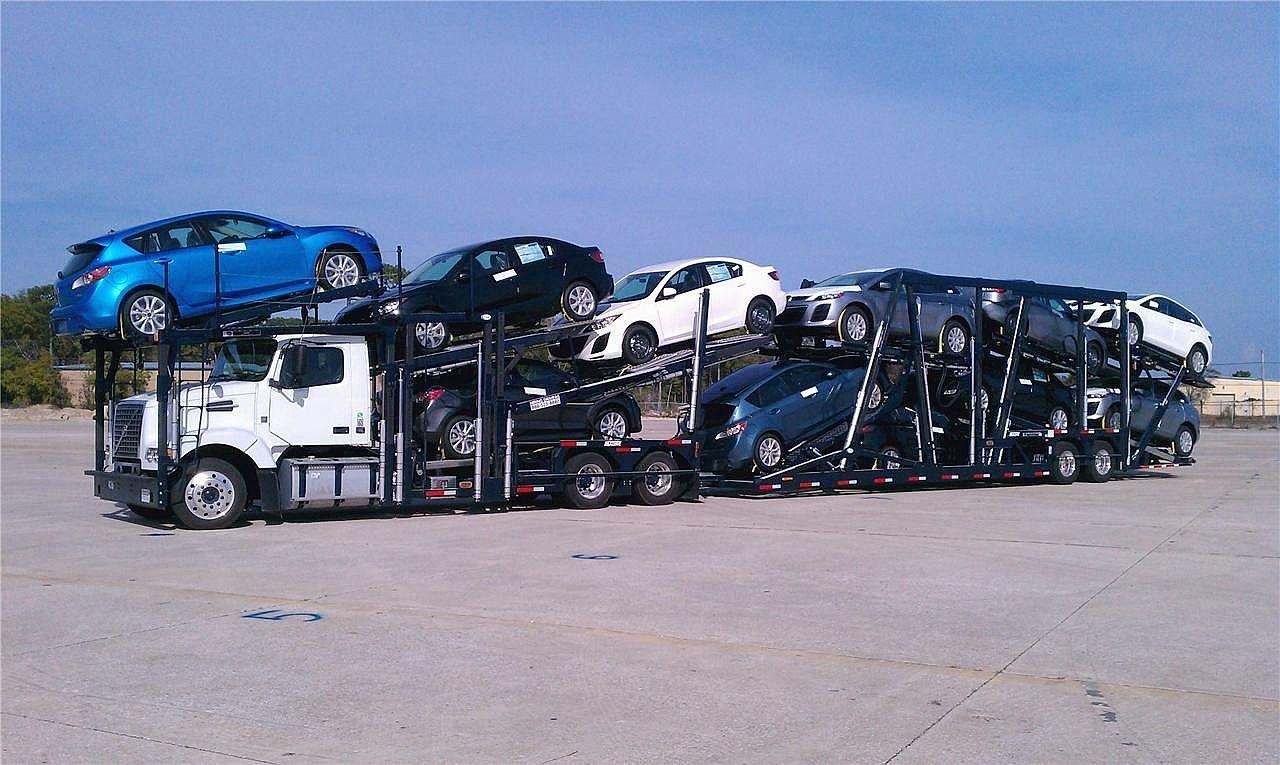 Interstate Auto Transport: How to Ship Your Car Across the U.S. Published on December 1, 2022

Best Cities to Spend the Christmas Holidays in 2022 Published on November 30, 2022 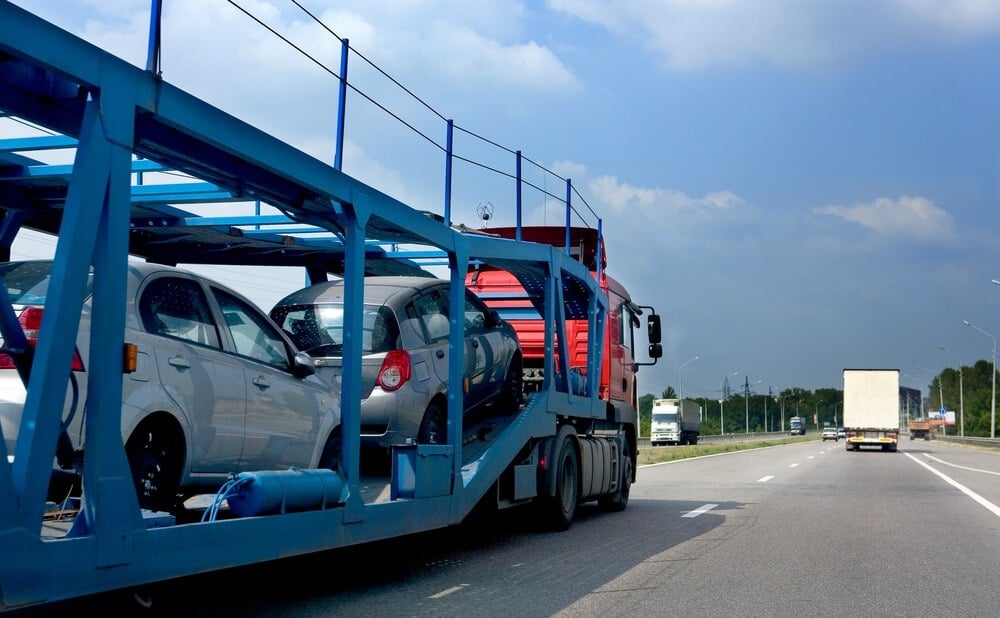 How Can You Trust An Online Auto Transport Company With Your Vehicle Published on November 29, 2022

The Evolution of Automobile Trucks 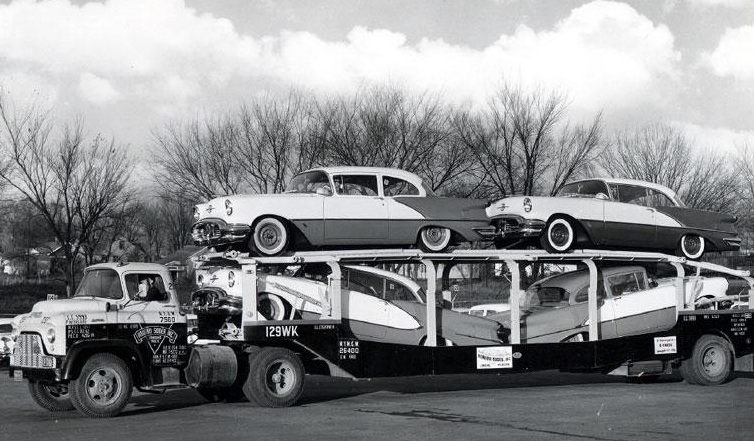 Nowadays, automobile transportation companies offer their services nationwide. Different types of trucks and trailers are used to move multiple vehicles at once from one place to another.

How did all of this start? And what led humans to invent automobile trucks? This article will answer these two questions and provide thorough information about the history of the automobile transportation industry.

Before Trucks were Invented

The majority of freight was done by trains before automobiles were invented. Despite being a good and robust method to transport shipments, trains had some issues with delivering outside city centers.

Due to the limitation of railway networks, shipping by trains lacked flexibility. Moreover, at some point in the past, horse-drawn vehicles were used to complete the freight journey and deliver shipments to their final destinations.

The Invention of the First Truck

So, what was the first truck in history?

In the late 1890s, automobiles were a great innovation. They were new and exciting for people, and orders significantly increased over a short period of time. However, there was a critical problem in delivering cars to their end buyers.

There was no efficient way to transport the cars safely to their buyers with zero mileage and no wear. Multiple factors would affect the car’s delivery before it arrives at its final destination.

For every problem, there is a solution, and that problem has led to the creation of an outstanding solution — the first semi-truck. Alexander Winton came up with a solution by modifying a flatbed to allow carrying a car on top of the engine. This first truck could only transport one car and needed the help of three people to carry the loading and unloading operations. Although not the perfect solution, but a viable one at some point in time. Read about Pros and Cons of Flatbed Trucking.

Mack Trucks were founded in 1900 in Brooklyn, New York. The company produced its first truck with basic capabilities. The vehicle was different since it had an automatic starter. It gained its reputation during the first world war when the British government bought the Mack Truck to supply its soldiers with the necessary equipment. Trucks were also used to equip the first lines with troops. It became a famous company in 1920 and was known as a dependable vehicle manufacturer.

August Fruehauf invented semi-trailers in 1914. He originates them to transport large cargo and boats. The semi-trailers were more flexible than full trailers; they could be coupled and uncoupled easily.

It was also a great solution to replace the power unit without disturbing the cargo. Those trailers have become very popular, and they were used widely by many business owners to transport equipment and goods across the United States. Fruehauf Trailers are still in the industry today; they are one of the largest trailer sellers in the United States.

The Evolution of Semi-Trucks

There were three main improved semi-trucks between 1934 and 1942, starting with Navistar’s first tandem axle with the six-wheel truck. There was a mechanical advance during that period with door-to-door delivery.

The following company that joined the American truck manufacturer field was Peterbilt. It was established in 1939, and it specializes in heavy-duty production. In April of the same year, Peterbilt released its first truck, offered diesel or gasoline engines, and provided trucks with an all-steel cab.

The third evolution that happened to semi-trucks during this period was made by Freightliner Trucks company; it produced the first all-aluminum cab truck as part of the company launch and established a distribution network, especially for their product line.

In 1930, the transportation industry gained immense popularity. It became necessary to find a suitable way to transport goods since rail shipping needed a lot of time and cost a fortune; that was when the Auto-shipping industry was born. Later on, this industry kept growing until a big hit in the 1980s. The railroad transport was replaced considerably with trucks and car trailers.

These days, shipping companies benefit from advanced transportation technology with modern trucks equipped with several tools to facilitate and secure transportation. Trucks are made of quality materials, provided with a flatbed that can be unloaded on the ground and sometimes with a hydraulic lift to load the cars on the board.

Transport services, in general, have developed a lot in the past few years; companies offer custom transportation services, insurance coverage, and the ability to locate the shipment on the route. All these features have ensured extra protection for the best price.

Talking about the evolution timeline without mentioning Tempus Logix is impossible. The nationwide vehicle transportation company has already delivered over 30,000 vehicles to satisfied clients with over 1000 reviews available online.

The company offers trailers for various purposes, from shipping a motorbike or a car, to valuable collectibles and heavy-duty vehicles. No matter what kind of automobile it is, Tempus Logix can handle its transportation.

Automobile Trucks had a long journey to become what they are these days, you can see hundreds of trucks every day, but that wasn’t the case before. When people started ordering cars, the need to deliver their vehicles across the United States led to the creation of trucks and trailers. The industry keeps growing year after another, and now it is an essential part of the United States economy. 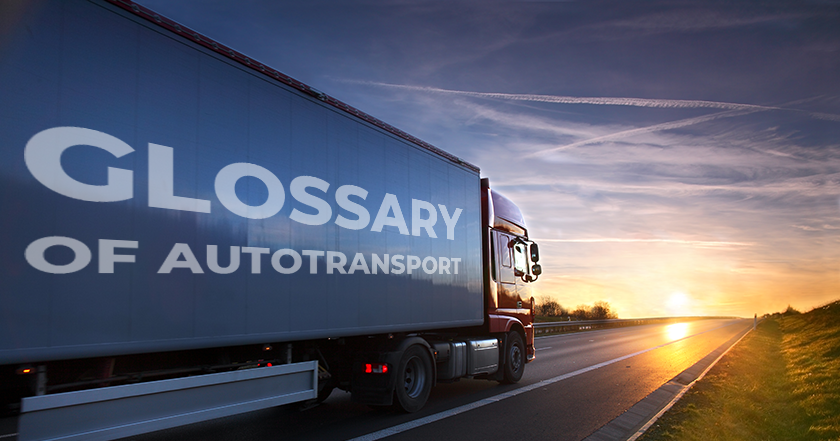 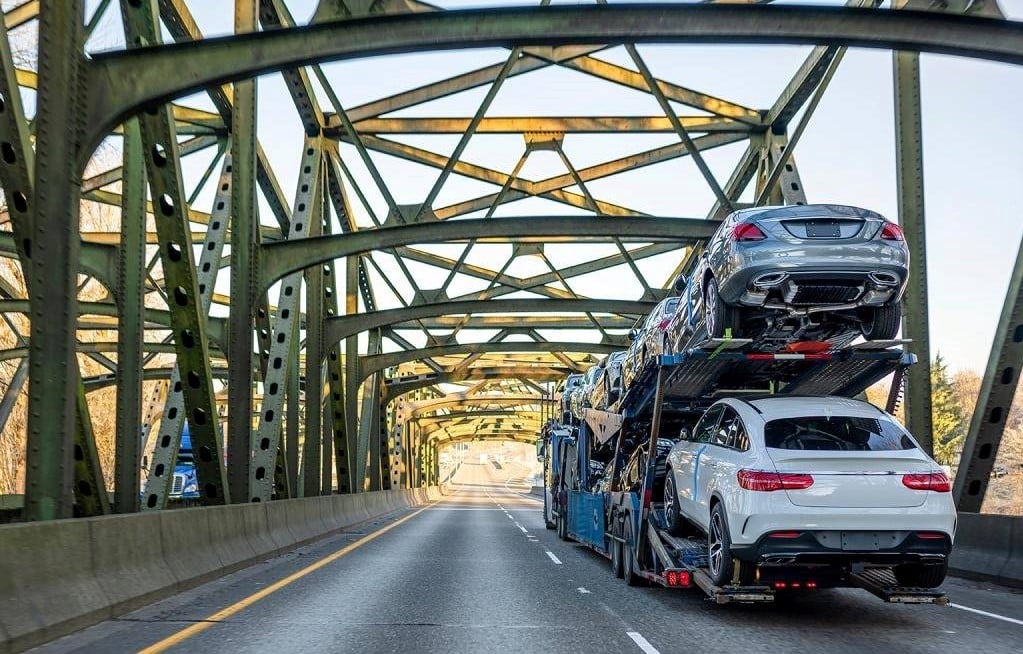 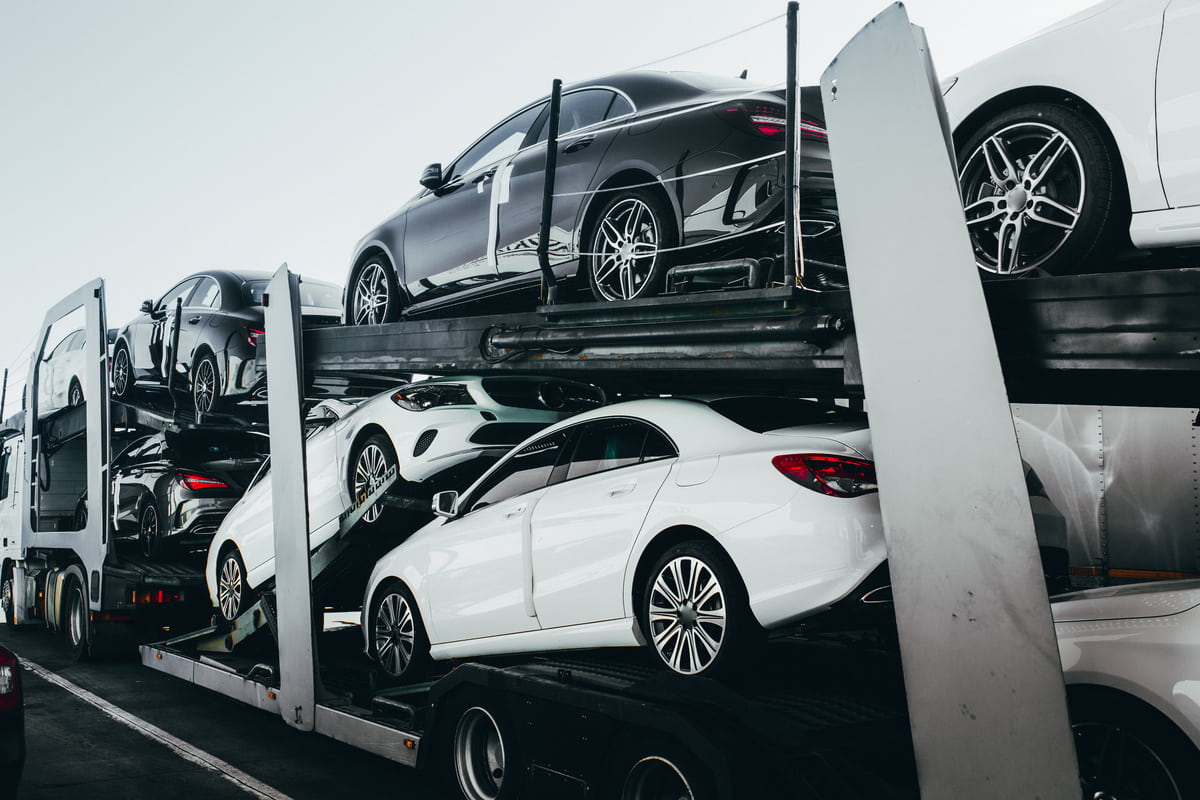 How Safe is It to Ship a Car on an Open Trailer?