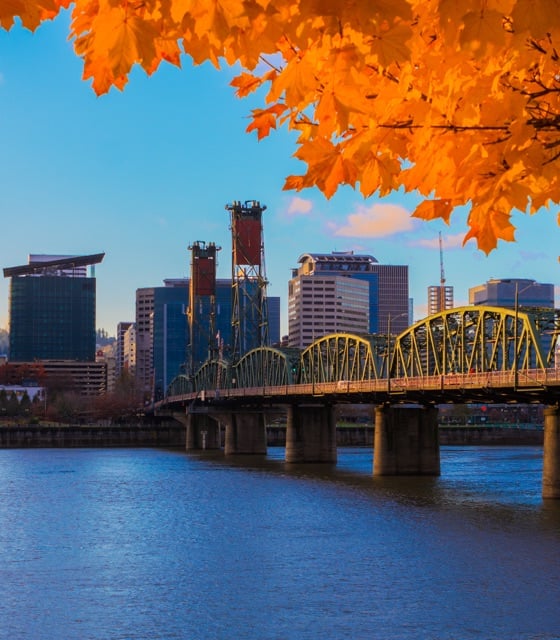 Oregon is one of the most geographically diverse states in the U.S., marked by volcanoes, abundant bodies of water, dense evergreen and mixed forests, as well as high deserts and semi-arid shrublands. The state is also home to the world’s largest organism, Armillaria ostoyae, a fungus that extends under 2,200 acres (8.9 km2) of Malheur National Forest. At 11,249 feet (3,429 metres), Hood Mountain, stratovolcano, is the state’s highest point. The only national park in Oregon, Crater Lake National Park, encompasses the caldera that surrounds Crater Lake, the deepest lake in the United States.

The Interstate Highways in Oregon are the segments of the national Dwight D. Eisenhower System of Interstate and Defense Highways owned and serviced by the United States. state of Oregon. On a national level, the standards and numbering for the system are handled by the Federal Highway Administration (FHWA) and the American Association of State Highway and Transportation Officials (AASHTO), while the highways in Oregon are maintained by the Oregon Department of Transportation (ODOT).

These highways are built to Interstate Highway standards, meaning they are all freeways with minimum requirements for full control of access, design speeds of 50 to 70 miles per hour (80 to 115 km/h) depending on type of terrain, a minimum of two travel lanes in each direction, and specific widths of lanes or shoulders; exceptions from these standards have to be approved by the FHWA. The numbering system used to designate Interstates was developed by AASHTO, an organization composed of the various departments of transport in the United States. The Oregon state government initially proposed numbering auxiliary interstates using literate suffixes, but the American Association of State Highway Officials (precursor to the AASHTO) refused in 1958. The last segment of the Interstate Highway to be built in Oregon on the I-82 near Hermiston opened on September 20, 1988.