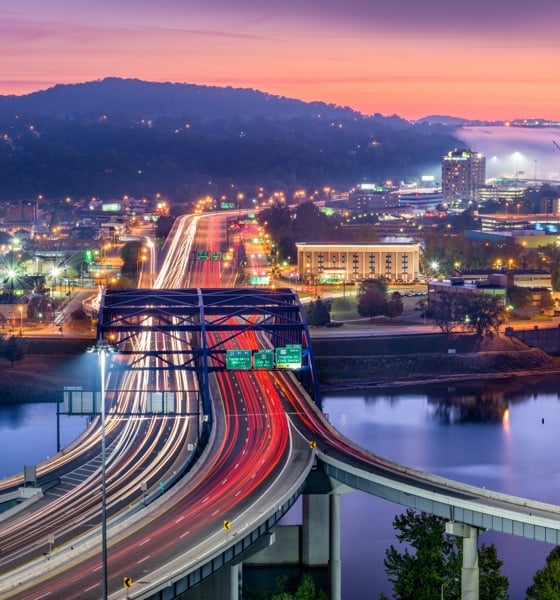 West Virginia, being located in the Appalachian, Mid-Atlantic and Southeastern regions of the United States, is bordered by Pennsylvania to the northeast, Maryland to the east and northeast, Virginia to the southeast, Kentucky to the southwest, and Ohio to the northwest. It is the 41st-largest state by area and ranks 38th in population. The capital and largest city is Charleston.

The state is noted for its mountains and rolling hills, its historically significant logging and coal mining industries.

West Virginia is located entirely within the Appalachian Region, and the state is almost entirely mountainous, giving reason to the nickname The Mountain State and the motto “Montani Semper Liberi”, which means “Mountaineers are always free”.

The climate of West Virginia is generally a humid subtropical climate with warm to hot, humid summers and chilly winters, increasing in severity with elevation.

What is interesting to know, is that highways form the backbone of transportation systems in West Virginia, with over 37,300 miles of public roads in the state. All but Charleston and Huntington are subsidized by the federal Department of Transportation’s Essential Air Service program.

This is why we, as one of the biggest car shipping companies, are very excited to work on the transport of many types of vehicles going to and from the state. Anyone having a general idea of how vehicle shipping is processed knows how much impact the weather or road conditions might have on it. Vehicle transport is an exciting and challenging business and having it arranged within this kind of area makes it even more interesting and Tempus Logix team is referring to it with huge responsibility.