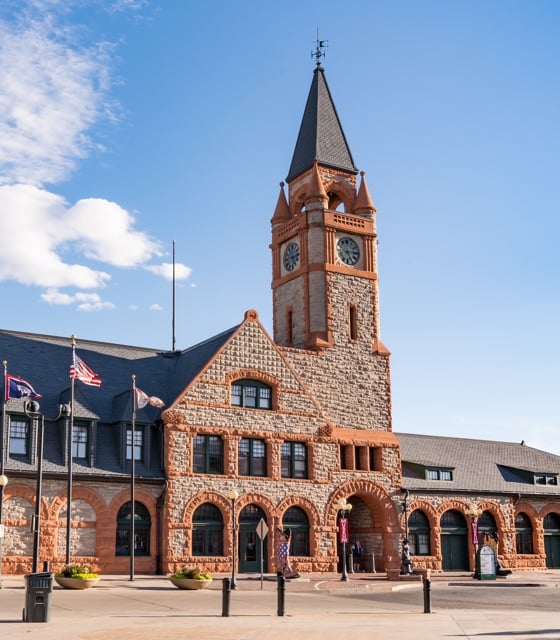 Wyoming is a state in the western American Mountain West sub-region. The tenth biggest state per zone is also the least populous, and the less populous state of the contiguous United States. It is bordered by Montana to the north and northwest, South Dakota and Nebraska to the east, Idaho to the west, Utah to the southwest, and Colorado to the south. The state population was 576,851 according to the 2020 U.S. census. Cheyenne is the state capital and the most populous city, which in 2019 had an estimated population of 64,235.

Cheyenne is the capital and most populated city of Wyoming.

Three interstate highways and 13 other U.S. highways pass through Wyoming. additionally, the state is serviced by the Wyoming state highway system.

Interstate 25 enters the state south of Cheyenne, then goes north, crossing Interstate 80 west of Cheyenne. It travels across Casper and ends on Interstate 90 near Buffalo. Interstate 80 passes the Utah border west of Evanston and continues east through the southern third of the state, passing through Cheyenne before entering Nebraska close to the Pine Bluffs. Interstate 90 enters Wyoming near Parkman and cuts through the northeastern part of the state. It serves Gillette and through South Dakota east of Sundance.

U.S. Routes 14, 16, and the eastern section of U.S. 20 all have their western termini at the east entrance to Yellowstone National Park and go through Cody. U.S. 14 travels east before joining the I-90 at Gillette. U.S. 14 follows I-90 to the South Dakota border. U.S. 16 and 20 split off of U.S. 14 at Greybull and U.S. 16 turns east at Worland while the U.S. 20 continues south of Shoshoni. U.S. Route 287 carries traffic from Fort Collins, Colorado into Laramie through a connection between the Laramie Mountains and the Medicine Bow Mountains and merges with US 30 and I-80 until Rawlins, where it continues north, passing Lander. Outside of Moran, U.S. 287 is part of a large interchange with U.S. Highways 26, 191, and 89, before passing north to the southern entrance of Yellowstone. U.S. 287 continues north of Yellowstone, but the two sections are separated by the national park.

Moving cars to Wyoming is not an easy task. But the Tempus Logix team has put his years of experience and skill to work with trusted careers who make reliable and safe transportations in the United States.