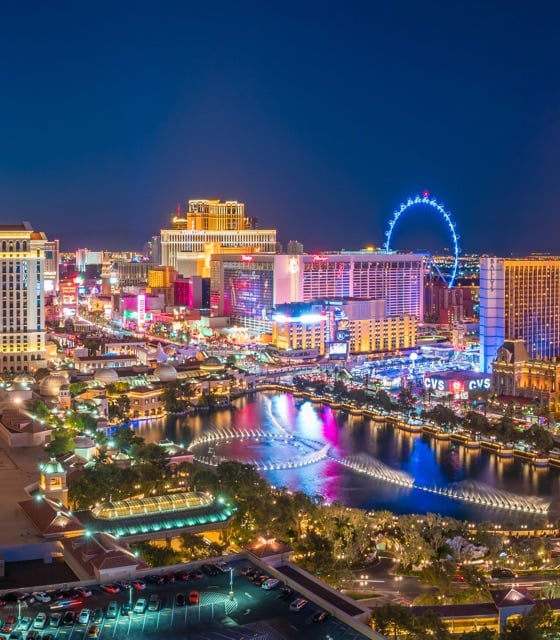 Nevada is a state within the western United States. It is bounded by Oregon in the northwest, Idaho in the northeast, California in the west, Arizona in the southwest and Utah in the east.

Nevada is the 7th largest, 19th least populated and 9th least densely populated of the United States. About three-quarters of Nevada’s population resides in Clark County, which is home to the Las Vegas–Paradise metropolitan area, of which three of the four largest cities are constituted by the state.

The State’s capital is Carson City.

Nevada is officially known as the “Silver State” because of the importance of silver to its history and economy. It is also known as the “Battle Born State” because it attained state status in the civil war (the words “Battle Born” also appear on the state flag); as the “Sagebrush State”, for the native plant of the same name; and as the “Sage-hen State”. The name means “snow-covered” in Spanish, referring to the slight overlap between Nevada and the Sierra Nevada Mountain Range; however, The remainder of Nevada is largely desertic and semi-arid, largely within the Great Basin. The southern areas of the Great Basin lie in the Mojave Desert, while Lake Tahoe and Sierra Nevada  are on the western edge.

Nevada is home to 172 mountain peaks at an altitude of 2,000 feet (610 m). The state occupies the second place in the US by the number of mountains, behind Alaska and ahead of California (Read about Alaska Car Shipping & California Car Shipping).

Nevada is the highest mountainous state in the United States.

About Car Shipping in Nevada

Tempus Logix is a top-rated vehicle shipping company established in California. We are working nationwide, shipping vehicles across the United States.

All the drivers are certified, licensed and have cargo insurance of up to $1.000.000. Before the dispatch, our professional team re-checks all the information about the companies. Quick and safe shipping guaranteed! The price can be changed due to weather, market price and depends on different circumstances, but our drivers will do their best to pick up within a short time, as soon as they can.

Our staff consists of specially trained people who are ready to answer any of your questions regarding the transportation of your vehicle. We are always happy to assist you at any time! All the problems are solvable if the person on the other side of the phone understands the customers and the situations they are in. Any and all difficulties occurring during the transportation will be solved before you notice them!

Your satisfaction is our top priority.