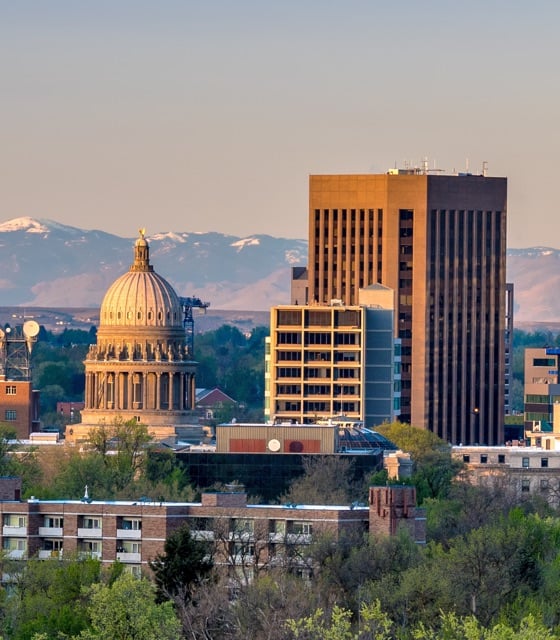 Idaho is a state situated in the northwestern Pacific region of the United States. It borders the State of Montana on the east and north-east, Wyoming on the east, Nevada and Utah on the south, and Washington and Oregon on the west. In the north, it shares a small portion of the Canadian boundary with British Columbia. With a population of approximately 1.8 million and an area of 83,570 square miles (216,400 km2), Idaho is the 14th largest, the 13th least populous and the 7th least densely populated of the 50 U.S. states. The capital and largest town of the state is Boise.

Idaho is one of the few states in the country with no main motorway connecting its two largest metropolitan areas, Boise to the south and Coeur d’Alene to the north. US-95 links the two ends of the state, but like many other highways in Idaho, it is badly in need of repair and upgrade. In 2007, the Idaho Transportation Department stated the state’s highway infrastructure faces a $200 million per year shortfall in maintenance and upgrades. I-84 is the main highway linking the southeast and southwest portions of the state, along with I-86 and I-15.

Shipping cars in and out of Idaho is part of daily life at Tempus Logix Transport Company. We provide services all of Idaho from eastern Idaho to the northern Idaho panhandle, basically the whole state.