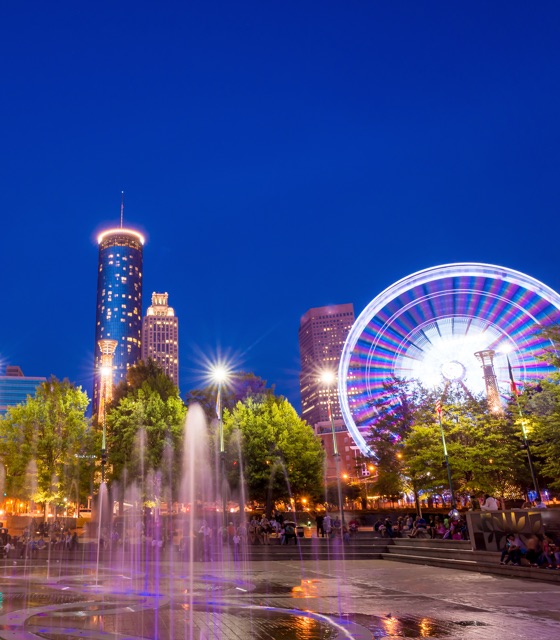 Georgia is a state in the south-eastern part of the United States, North of Tennessee and North Carolina; north-east through South Carolina; south-east through the Atlantic Ocean; southbound through Florida, and westbound through Alabama. Georgia is the 24th-largest in landmass and the 8th-most populated state of the 50 United States. Its population was 10,711,908 in 2020, according to the U.S. Census Bureau. Atlanta, a “beta(+)” global city, is both the state’s capital and its biggest city. The Atlanta metropolitan area, estimated to have a population of more than 6 million people in 2019, is the 9th most populated metropolitan area in the United States and holds about 57% of Georgia’s entire population.

Founded in 1733 as a British colony, Georgia was the last and southernmost of the original Thirteen Colonies to be established. Named after King George II of Great Britain, the Colony of Georgia spread from South Carolina to Spanish Florida and west to French Louisiana towards the Mississippi River.

Georgia’s main Interstate Highways are I-20, I-75, I-85, and I-95. On 18th March 1998, the Georgia House of Representatives passed a bill naming the part of Interstate Highway 75, which runs from the Chattahoochee River northward to the Tennessee state border the Larry McDonald Memorial Highway. Larry McDonald, a Democratic member of the House of Representatives, had been on the Korean Air Lines Flight 007 when it was shot down by the Soviet troops on September 1, 1983.

The state is very convenient for transporting vehicles geographically. Tempus Logix Transporting Company, using its years of experience and skill, to explore the subtlety of the roads entering and leaving the state, developed a mechanism by which the transportation of cars became easier, in order to avoid causing inconvenience to customers.