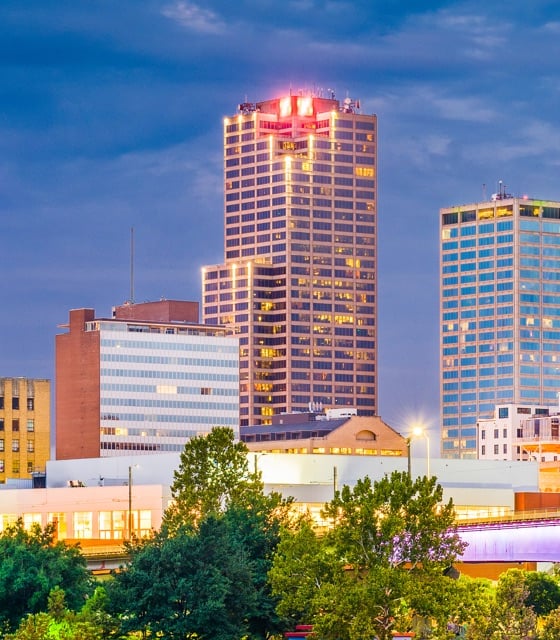 Arkansas is located in the south-central region of the U.S., where more than three million people live in 2018. Its name originates in the Osage language, a Dhegiha Siouan language, and refers to their families, the Quapaws. The diversified geography of the state, which extends from the mountainous regions of the Ozark and Ouachita Mountains, which make up the United States. Interior highlands, heavily forested in the south known as Arkansas Timberlands, east lowlands along the Mississippi River and Arkansas Delta.

Transportation systems through and inside Arkansas involve roads that include land, air and water. Due to the geographical location of Arkansas along the Mississippi, Arkansas and Red River, waterways have been particularly important. Land routes have been much affected by the landscapes of the six natural divisions within the state, and achieving travel avenues of roads and railroads posed many problems, both for transportation through the state and among the divisions within the state.

Ferry boats served in place of bridges. Steam ferries operated at Little Rock, Memphis, and Helena (Phillips County). The counties licensed such operations, and rates were fixed by the county courts. In 1846, the Little Rock Bridge Company built a private toll bridge over the Ouachita River at Rockport (Hot Spring County) only to have it washed away two years later. The principal rivers remained un-bridged until the twentieth century. Only a few privately owned toll roads existed by the end of the nineteenth century.

Tempus Logix has shipped hundreds of vehicles from and to Arkansas. We work with a huge network of certified and insured carriers to secure the timely and safe transportation of any kind of vehicle, whether it’s a huge pickup truck, a luxury half-million-dollar Lamborghini, or your daily driver Honda Civic. We also ship motorcycles, heavy equipment, and also boats all over the US.

At Tempus Logix, our representatives with years of experience in all types of shipments are prepared to answer any questions you may have and resolve all problems during the process without you even knowing about them. Customer satisfaction is our top priority.